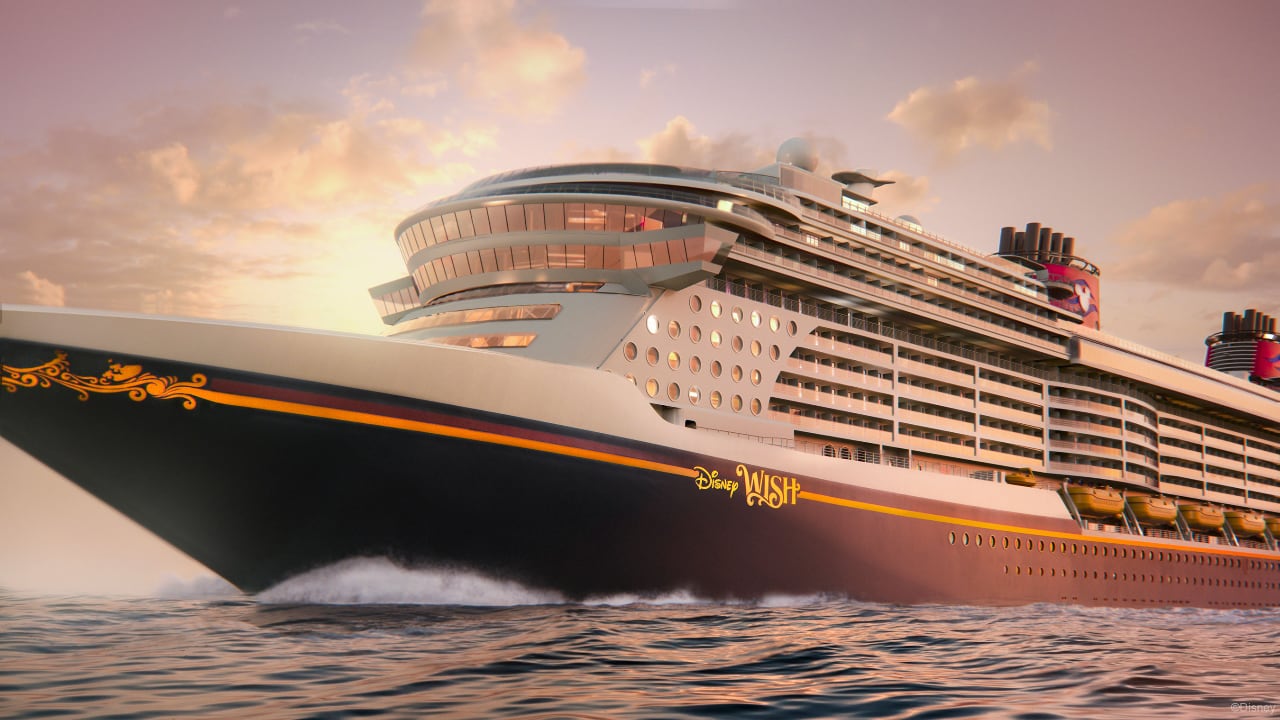 Last Friday, the world got a first look at the newest Disney Cruise Line ship when the beautiful Disney Wish completed a major milestone known as “float out.”

During this momentous event, the Disney Wish made a grand exit from the enclosed building dock where it has been constructed. And to say this was a wish come true for our teams at Walt Disney Imagineering and Disney Cruise Line would be an understatement. They celebrated the occasion in true Disney style with fireworks, music and even a special appearance by Captain Minnie Mouse herself … and today, I am so excited to share this special moment with you, too! Check out the video below to see the incredible “float out” of the Disney Wish.

Amazing, right? It actually took about five hours to flood the building dock, followed by a breathtaking 90-minute exit as the Disney Wish sailed out with only 3 feet of clearance on either side. Not only was this the debut of the completed exterior, but it was also the grand reveal of its signature stern character—at last, Rapunzel saw the light! —and the first Disney attraction at sea, AquaMouse, towering over the upper decks.

The ship will remain alongside the pier for several weeks before its next important milestone, when it will be conveyed stern-first down the River Ems to the port of Eemshaven, Netherlands. In the meantime, construction and interior outfitting continues to bring all the amazing new experiences aboard this enchanted ship to life.