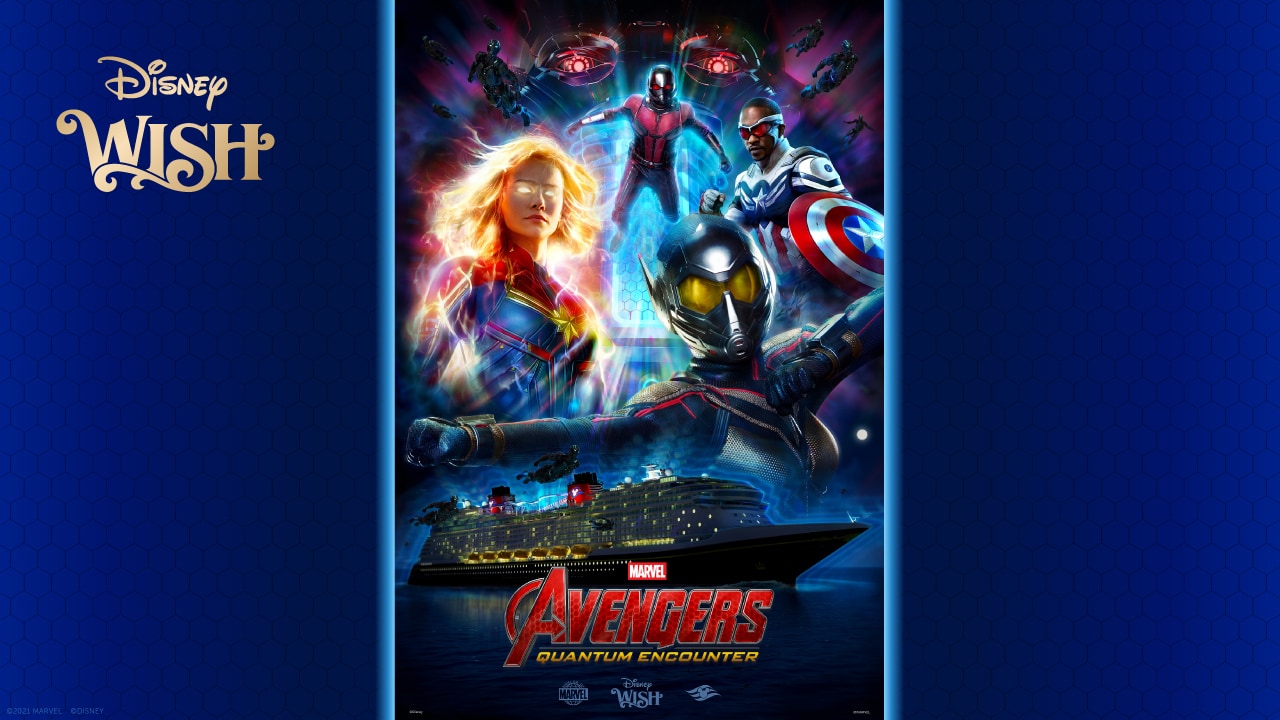 All great cinematic adventures have a plot twist, right?

A few months ago, Disney Cruise Line shared new details about the epic “Avengers: Quantum Encounter” show we’re developing for Worlds of Marvel, the fleet’s most ambitious dining experience ever, premiering aboard the Disney Wish next summer. By now, you already know about the story and characters that will be featured on-screen throughout the restaurant … but there’s one pretty major detail that you haven’t heard yet.

I am so excited to share that the world-renowned stars of the Marvel Cinematic Universe are lending their talents to this first-of-its-kind adventure! At Worlds of Marvel, our guests will be part of a real-life Avengers mission as they watch some of their favorite heroes in action: Paul Rudd as Ant-Man, Evangeline Lilly as The Wasp, Anthony Mackie as Captain America, and Brie Larson as Captain Marvel!

Kerry Condon will also reprise her role as the voice of F.R.I.D.A.Y., and actor Ross Marquand will lend his villainous vocal skills to Ultron.

The show will follow Ant-Man and The Wasp as they host a presentation of the most powerful Super Hero technologies in the world, including a hands-on demonstration of the latest and greatest Pym Tech. But when Ultron turns up with an army of robot sentries eager to take control of this world-changing technology, Ant-Man and The Wasp will need all the help they can get to save the day – calling on Captain America, Captain Marvel and even the brave diners of the Disney Wish for back-up. Oh, and there’s one more Super Hero who will make a surprise appearance during the show. I can’t wait to share more about that at a later date.

What happens next? You’ll have to sail to see …

Seriously, we weren’t kidding when we called this a cinematic dining adventure! To bring this action-packed spectacle to life, we have specially designed the restaurant with immersive cinematic technology, including hundreds of screens and special effects embedded throughout. Filming with the actors has already wrapped and we are now working on the post-production editing and effects. (Here’s another secret for you: Because most of the battle takes place on the upper decks of the ship, we are actually re-creating it in photo-realistic CGI while the real Disney Wish is still under construction. Pretty cool, right?)

I’m so thrilled for our guests to see it for themselves in summer 2022.